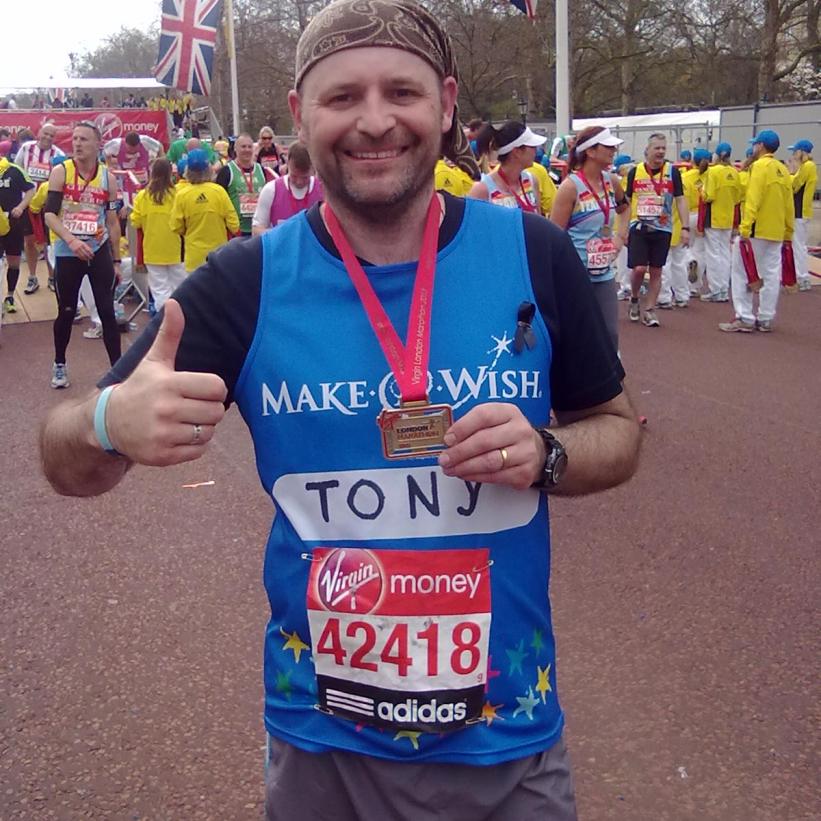 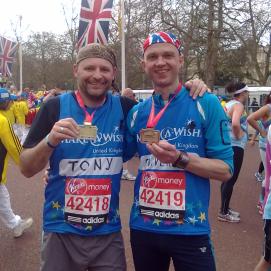 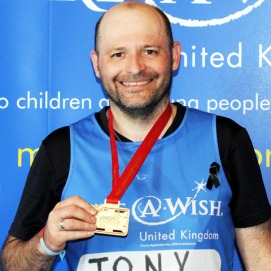 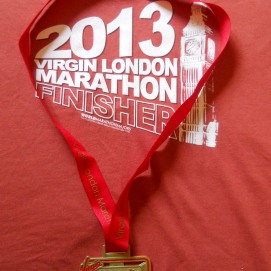 ii)    The quality of being determined or resolute.

iii)   The action of solving a problem or contentious matter.

In just over a week 2017 will come to an end and a new year will start. 2018 will arrive to fireworks, jollity and a promise – or two.

New Year’s resolutions. Those promises we make to ourselves silently, in thought – yes, this year I am going to (lose weight, get fit, run a marathon, change my job, be a better person, volunteer, stop smoking, stop eating all the biscuits, learn the piano, learn a language…etc).

The braver ones among us will announce with some fanfare to our loved ones and friends and work colleagues…’My New Year’s resolution is….” As if stating it publicly will create an implicit guarantee, rather than a tacit agreement by you alone, resulting in a more focussed, determined you to stick to your promise, to follow your resolution through.

So that is the 1st of January sorted. The resolution made. You sit back and feel satisfied that you have done something positive. Until. Until…. A week later and you still haven’t been for that run, you are still gorging on the Christmas chocolates, the biscuit tin is empty (again) and you are still sat at your desk doing the same thing that you wish to change, but don’t feel as motivated to start looking, applying, going for interviews etc etc.

It is all too easy to state what you want to do, or to think it. But to effect that change takes determination, will power, motivation, desire…or put it another way – resolution. To undertake life changes, some minor, but others significant and enormous, is to apply mind and body to the task. To create an achievable goal, to apply resolution in order to achieve your resolution.

The saying ‘Rome wasn’t built in a day’ is very apt. No one expects you to stop smoking overnight. Or go for a 1km jog on Monday and run the marathon on Wednesday, or sign up for English language lessons in January and be reading the entire works of Shakespeare (unabridged) in February. A resolution needs perspective and clarity. It needs planning and timescales. It requires a sensible, achievable goal oriented programme. Step by step, each step walking towards an initially distant objective, but one that comes closer with each step – even if at the beginning we are unable to see it.

The reason we fail to follow through our resolutions and feel deflated at having failed so soon, is a lack of planning and setting goals.

A few years ago I ran the London Marathon. Something I had long wished to do, had previously signed up for and had to withdraw after knee surgery and wished to attempt at least once in my life. I resolved to do it. Although my training commenced seriously in  October (the marathon takes place in April), every run from 5km to 8km to 10km 15, 20 etc felt painful, slow, frustrating. At times I felt I would never be able to run 26.2 miles or 42.1km. But I followed a marathon runners training programme for beginners (and I am not built for running…too many biscuits – another failed resolution).

The long dark evenings or cold freezing mornings 2 or 3 times a week, sometimes only at the weekend, saw me pounding the streets alone, kilometre after kilometre, miles after mile. It was hard…wind, rain, cold, dark. April and the marathon seemed so far off. But as each run passed by, the days and weeks of training turned into months and as the new year arrived, I could sense the objective – the destination, coming into view.

By April I was ready and focussed. It was the hardest and most painful, but most enjoyable event I have taken part in. Joining 35,000 other runners around the streets of London, cheered on by hundreds of thousands of spectators. Many times I had thought about giving up during training, but I resolved to do it. And because I had a clear plan, a timescale and achievable steps, I was able to complete my challenge.

What time? Sorry…what time did I do it in? Oh..well, let’s say I did’t break any records. I finished in a respectable (for me) 5 hours 22 minutes. But the time was never my goal. Sure, I had hoped to run around 4hrs 45mins, but found the actual marathon harder than I anticipated. But it did not matter. My resolution was to run the marathon and to complete it. That is what motivated me. The fact I raised around £8,000 for the Make A Wish charity was of course another hugely motivating factor.

So; ‘Resolution’. It is a goal, a promise to do something ( or not do something…no one has ever said ‘My new year resolution is to start smoking!). Or it can be strength and determination, focus. But it is also solving a problem. Or resolving a difficult issue.

We are all conflicted at different moments in our lives. We all have problems to face, whether personal problems or issues at work. Stresses and frustrations, confusion and choices and dilemmas. But resolution can only come through communication.

Communication internally, our conscience speaking to us, a debate with ourselves, weighing up the pros and cons, making our our decision as to what we believe is the best course of action. The hardest aspect is to carry out the decision we have made, to have the courage of our convictions. That issue you fundamentally disagree on at work…the easiest thing is to let your colleague or boss carry on doing it ‘their way’ – let them take the fall when it goes wrong. But to resolve to challenge them and to try to persuade them that their way is wrong and yours is right takes more courage. To engage in conflict rather than avoid is not an easy thing to do, even if you are in the right.

But communication extends beyond our own thought process. A problem shared is a problem halved. Again another truism. How often do people sit and wrestle with problems in their heads, unable to sleep through worry, working themselves into a state of stress, making themselves ill undecided what to do for the best. When what is needed is someone who can sit, listen, not judge, offer impartial advice, suggestions and encouragement. Again, the hardest part can be finding that person you trust and taking that first step of saying, ‘Can I talk to you about something….?’

But once you have committed to resolve the problem, to find a resolution by actively thinking through your problems or seeking out someone to discuss with, resolution will come far more smoothly and satisfactorily.

So this coming new year my resolution is to create resolutions that are positive, life changing and realistic. Achievable and with a planned approach that has a clear timescale. I will continue to apply resolution to everything I do. It is far better to try and fail, than never having tried at all. Maybe my goals and resolutions will fail. But I won’t know unless I try.

And finally, I will be far more proactive and mindful in tackling problems. I will have that rational, sensible debate with myself and I will ensure I discuss problems and seek out advice from family, friends and colleagues when I need to. And not assume I can resolve every problem myself.

Whatever your New Year’s Resolutions, I hope they are successful and life changing for the better.

Just stay off the biscuits….it is easier said than done. But if you want to run that marathon, a chocolate hobnob or 6 is not going to help.

In a world where technology dominates, it may seem that today there is no need to learn a language. Let the power of Google Translate do the work. I even have a direct translate option on my website, so you can read everything in your own language.
However, there is still a real need for learning English.
Why?

Technology is good, true. But can it help in every situation you find yourself in? The business meeting with people from 6 different countries….presentations, discussions, reports, conferences, socialising over dinner….the Skype conference call…the phone call from your overseas HQ. You need English, the ability to listen, understand, communicate in English. Not a translation service on your phone, that has only 1% battery life left. HELP! Yes, English is your best help and best hope.

Travel anywhere in the world these days and unless you speak the language of the country you are in then you need a common language. And in 90% of countries that will be English. OK, OK…France and French speaking countries would no doubt prefer you to speak French. But, having been to France as a non French speaker, English is used widely. Similarly in Latin American countries. An ability to speak Spanish will go down very well. But…what, if like me, you are not a Spanish speaker. English again will get you out of a tricky situation.
Almost everywhere you go in the world you will find someone who can speak English, or who is learning English. There are currently around 1 billion learners of English worldwide and that is expected to double by 2020. Join the world’s biggest language club!

I have travelled in Iran, Pakistan, India, Egypt, Indonesia, Malaysia, China, Nepal, Turkey, Cambodia, Vietnam, Sri Lanka and many many countries throughout Europe and the world. Whenever I had problems, if I was lost, if I couldn’t find the correct bus, train or my hotel, I was always helped by someone who spoke English. This was 20 years ago. Before Google Translate.

Today so many people have the freedom to move abroad to study and to work. Studying at a university in the UK, the USA, Canada, Australia, New Zealand or places such as Singapore, Hong Kong, Malaysia requires an ability to speak good English. If you have a good education, combined with excellent English skills, your opportunities of a great career of your choice are increased dramatically. Companies I have worked with over the years would actively choose new graduate employees not just on their engineering or architectural or management skill. They demanded a high level of English.

People choose to relocate abroad and work in different countries for many reasons; economic improvement, career development, a change of lifestyle and culture. I have lived and worked in Indonesia and Malaysia. I learnt the language, but I found I spoke English a lot with friends and colleagues, with people I met who were learning or just interested to practice English. If you are a lawyer, a doctor, a nurse, an engineer, a management consultant, an accountant or an architect and wish to move overseas, English is a definite requirement.

Learning English is still a skill that opens doors – to education, to employment, to the world and to your personal development and success.

So, put down Google Translate and do something effective. Learn English with a teacher who knows how to help you improve your ability, maximize your confidence and achieve the best for you and your future.