114 miles from Peterborough to Lowestoft.

Total cycled: 328 miles in 3 days from Aberystwyth to Lowestoft

Sometimes the end doesn’t feel like is getting any closer.

What is it like to cycle over 100 miles?
It depends on many factors.

– Fatigue/Energy levels. How tired are you. Today my body was very tired after the two previous days when I had cycled 100 and 112 miles respectively.

– Pain threshold. We each have different levels of pain we can tolerate. Pain can be ignored to a point. But there comes a time when it will affect you, slow you down, or make you stop. Today pain was at times excruciating. Saddles sores in particular, something I have always suffered from.

– Mental state. The prospect sitting and turning pedals along never ending roads for 7 hours or more is difficult to comprehend. Especially in those first few miles. At times the mind weakened and thoughts of stopping, even of giving up, crossed my mind. But messages of support and knowing how children will benefit from the money raised keep you motivated and focussed and silence the doubts.

Also, envisioning the end, a hot shower, a cup of tea, a lie down…all of that helps enormously.

– The weather. One of the biggest factors on any long ride. Today the wind was so strong. It toyed with me. On some roads it pushed me along, sustaining over 20mph easily for long periods of time. But a turn in the road and the wind slammed into your face and you felt like cycling through treacle. But I told myself to keep going, no matter how slow. At least it was warm and dry and the roads were flat.

– Terrain. From the leg sapping climbs of Wales to the pan flat Fenlands of East Anglia. Cambridgeshire, Norfolk and Suffolk are especially flat counties. Very welcome after two days of big altitude gain.

So it all adds up. There are other factors. How old or fit you are, constantly stopping to check your location and navigate along unfamiliar country roads, stopping to refuel, buy food, fill your drinks bottles etc.

But today, the miles eventually started to tick down. Lowestoft seemed so far away. Especially in Aberystwyth on Friday. But it began to get closer, the miles passed as the final 20 miles the tailwind returned.
And then after 7 and a half hours I arrived.

Lowestoft has a very confusing one way system I somehow ignored, preferring to ride up the pedestrian high street, before entering an unattractive industrial park by the sea. And that is where I found the finish. Ness Point, the most easterly point of Great Britain. A large round, flat monument with mile markers to other cities, right by the sea cut off by wave breaks, huge rocks hugging the shoreline. Overlooked by a massive solitary wind turbine called ‘Goliath’.
I was met by an old university friend, Jan. It was nice to have someone at the finish to welcome me. The setting for the end was quite downbeat and nondescript. But it was good to finally finish the ride.

I reached the guesthouse and discovered my rear wheel had a puncture! 328 miles from Aberystwyth to Lowestoft without a problem and one extra mile to the guesthouse and the bike has a mechanical! As if it were in protest at what I put it through.

To cycle 328 miles in 3 days, each of 100 or more miles, is an achievement I am very proud of. Each mile was a battle of willpower and determination A 50 year old body and mind, the mountain climbs, the wind, the cold, fatigue, mental weakness, the continual pain. Did I know I would finish? I knew I could complete the distance. But it was a while since I had ridden 3 consecutive days over a hundred miles. I hoped I could.
It was the thought of Milla, my daughter. Her smile and laugh, whenever she saw me in my lycra cycling kit, that spurred me on.
Knowing I was just a father who wanted to and was making a difference. That gave me all the motivation I needed.

The total raised exceeded £1,000 as I reached the end. Double the initial target.

And that is what this ride was about. It was a goal to cycle from the West Coast of Wales to the East Coast of England. I achieved that goal. I am proud and happy to have done so.

But I feel prouder and happier to have raised so much to let Make A Wish continue their wonderful work.

And to honour Milla’s memory. 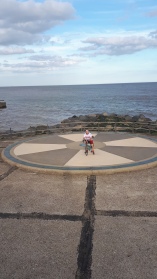 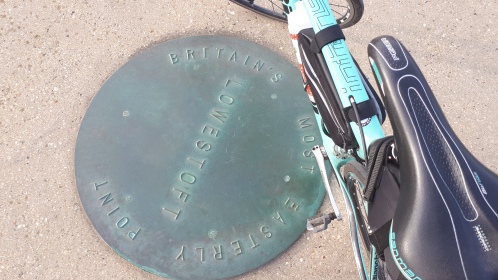 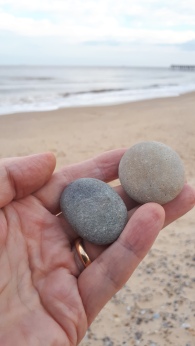 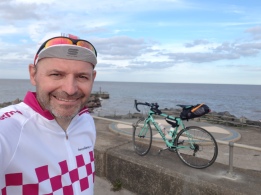 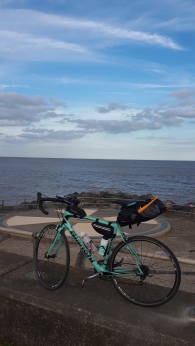