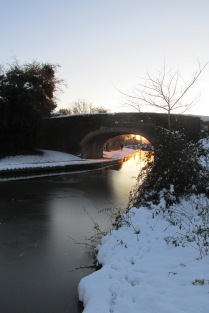 Merry Christmas and Happy New Year…. or to put it another way;

You get the idea. Merry Christmas and happy new year…written in 20 different languages. How many would you know without the use of a translation service? You may think I am very clever knowing Merry Christmas and Happy New Year in Khmer, Arabic, Hindi, Estonian, Welsh and Indonesian. But, I’ll be honest. I don’t. I used that old friend, Google Translate.

But what is the value of language? What is the point of so many languages? Why on earth (an indeed it is really why on Earth) do we make things so complicated and have so many languages to communicate in? Why not do away with all these languages and have one. For example English? (Hey…so much work for me then).
But wait a moment. Wasn’t this an idea floated about back in the pre google era? Actually, well before the Google era, before the Internet, email, Skype, Whatsapp, Facebook and in fact before you could hold a small rectangular object called a ‘mobile phone’ that pretty much can do everything in your life except make a cup of tea (though I am sure there is an app that can do that somewhere).

Before Google and the Internet?

Try 1887. Yes, as long ago as 1887, before the First World War, the Russian Revolution, before manned flight and the motor car crowded our streets there was Esperanto. Created by L L Zamenhof, a Polish national, Esperanto was an attempt to create a language that would unite the world in language and facilitate communication, understanding and tolerance amongst nations. It would remove language as a way of separating people and creating division, reinforcing mistrust and hatred and instead developing friendships and not enemies. This is a quote attributed to L L Zamenhof and sums up his idea behind Esperanto;

“The place where I was born and spent my childhood gave direction to all my future struggles. In Białystok the inhabitants were divided into four distinct elements: Russians, Poles, Germans and Jews; each of these spoke their own language and looked on all the others as enemies. In such a town a sensitive nature feels more acutely than elsewhere the misery caused by language division and sees at every step that the diversity of languages is the first, or at least the most influential, basis for the separation of the human family into groups of enemies.”

But, despite the noble and genuine intentions Zamenhof had, Esperanto failed. It failed to be taken seriously as a world language. It failed to establish itself as a language apart from an attempt to teach it in Hungary and China as a second language. There have been various attempts to utilise Esperanto in different areas, the military for one and within some religious groups. But although there are claimed to be currently 10,000 fluent Esperanto speakers and something approximating 100,000 speakers with a good understanding, Esperanto never reached the status of world domination or impact that English has.

Furthermore, Esperanto failed to eliminate hatred and division, it sadly failed to unify people as Zamenhof had intended and failed to stop suspicion and the feeling that those who spoke another language were different, superior or inferior or enemies.

Would Esperanto have stopped the world descending into two World Wars? Probably not. Language is power…but sadly not as powerful as the desire to exert power, be that through democratic government or the imposition of fascist or communist ideology and dictatorships; exerted through force, state control and war.

The Value of Language

Esperanto’s failure was not as a result of the intention of its creator. Every intelligent person would appreciate the benefits of a language everyone could speak. A language that in its range of vocabulary and grammatical structures, was a simplified and relatively straightforward one to learn. Unlike English with its vast vocabulary and grammatical rules, exceptions and frustrations every learner faces.

The failure comes down to one simple but irrefutable fact. Language is identity. Language is who you are. It is part of your personality and is central to you as a person. It creates belonging, kinship, pride and passion. Language has long been used as a method of repression and a method of resistance. The imposition of a state language to be taught in schools, imposed upon a population that did not want or need it, has long been the cause of political division and societal unrest. Take a look at the world and note those regions seeking autonomy and independence and language is more than often a central aspect in the struggle. The Catalans and Basques of Spain, the Bretons of France, the Kurds in Northern Iraq, Syria and Turkey, the Tibetans and Uighurs and even here in the UK, Welsh and Cornish speakers.

Even in places where the teaching of certain languages was outlawed, as with religious practices, the languages survived…taught and spoken in whispers between family members, in secret schools or in proud defiance of and against language persecution and discrimination.

Language is the key element to our sense of identity. It is intrinsic and the first thing we hear when we are born and the last thing we think before we take our final breath.

English in a Global Language Environment

So what of English? How does English fit in with a world that remains resolutely multi-lingual and will probably never see a single world language, nor even one that will be adopted and taught in every single country in the world as a second ‘unifiying’ language.

English will continue to be seen as the most useful language to learn in an increasingly global environment. The overwhelming majority of business interaction internationally is done in English. Any employer that operates internationally now has a requirement for an excellent level of English as a priority.  New English language schools open continuously in more and more places. Many overseas universities are introducing degrees that are taught partially, or entirely in English. China has an estimated 300 million learners of English alone. English is still the language people desire to learn more than any other. The demand remains incredibly high and at the moment shows no sign of declining.

English has done what Esperanto failed to do in many respects. It has created a way to communicate amongst people of different nations and allowed them to develop friendships, or business partnerships, or political alliances and to spread tolerance and understanding but without the need to remove the ‘mother tongue’ – their first language which remains their identity.

English has never stopped a war or deposed a dictator and has not brought peace and harmony to the world. No language could ever achieve the lofty idealistic hopes of L L Zamenhof. But English breaks down so many barriers, opens doors to cultures different to our own and helps us appreciate people and places we meet and visit.

Is English the Esperanto of today? In a way yes.

The value of language will always be that personal, unique feeling of identity and belonging it gives you. Whether you are Russian, Italian, Japanese or Mongolian. Language is identity, it is who you are and that can never be taken away from you.

But the value of English, as a learner of English is equally significant. It extends you world beyond your linguistic border. It helps you reach out and embrace this diverse and rich world we all inhabit. It breaks down barriers and allows possibilities and opportunities to flourish. English helps develop better understanding amongst people who would never otherwise meet or communicate. It opens doors that would otherwise remain shut.

So, as we approach the end of 2017 and a new year on the horizon, value your own language. It is a unique and incredible thing. Respect the heritage and history of your language; nurture, develop and employ it to better you as a person and in your society. But do the same with English. Promise yourself that you will value learning English the same as your own language. Let English take you beyond and help further your achievements. Language is identity and it is power. And in the hands of people with the best of intentions, it is a powerful force for good and for change, understanding and tolerance.

Let those hands be yours.

Dad. Cyclist. Fundraiser. Vegetarian. Cook. I love to cycle and cook delicious vegetarian and vegan food. But not at the same time. View all posts by Tony Frobisher